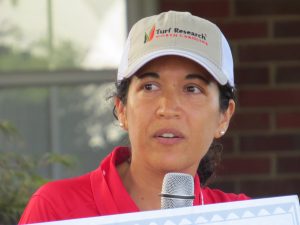 Susana is originally from Lima, Peru. She graduated with a B.S. in Biological Sciences from Universidad Peruana Cayetano Heredia (Lima, Peru) in 1995. She obtained her M.S. and Ph.D. degrees in plant breeding and genetics from North Carolina State University in 1998 and 2003, respectively. Her main research interests are in germplasm characterization and development of breeding populations, and the utilization of new technologies in association with conventional breeding methods for turfgrass improvement.

Susana is married to another public breeder and has two young daughters. Her hobbies include traveling (especially to her beloved Peru), cooking, and enjoying her favorite microbrews. 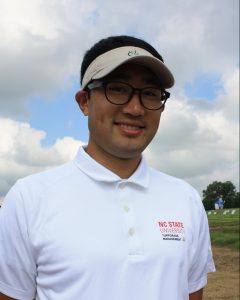 Xingwang’s current research emphasis are on understanding the genetic and molecular basis of growth, abiotic and biotic stress tolerance in warm-season turfgrasses, including QTL and association analysis, gene and protein identification, and development of maker assisted selection (MAS).

Xingwang is married to a excellent scientist. He likes playing soccer and has always been a faithful fan to his hometown soccer team-Shandong Luneng. 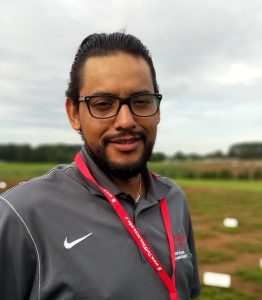 Esdras is originally from Yorito-Yoro, Honduras. He got a B.S. in natural resources from the Universidad Nacional de Agricultura (Olancho, Honduras). Esdras started with the program in 2010 as an international scholar. He got an M.S. degree from NC State University in 2017 working on the use of colchicine to manipulate ploidy levels in St. Augustinegrass.

Esdras manages all field and greenhouse aspects of the program as well as the St. Augustinegrass crossing program. 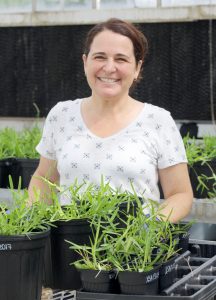 Rocio is originally from San Jose, Costa Rica. She joined the program as a Research Assistant in 2017. Rocio got a B.S. in Agronomy from the Universidad de Costa Rica, and a B.S. in Entomology and a M.S. in Crop Production and Physiology, both from Iowa State University.

She enjoys spending time with her family, gardening and traveling. 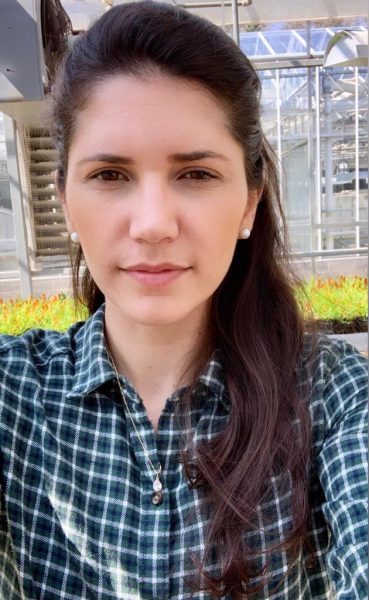 Beatriz is originally from Esperanca Nova, Parana State, Brazil. She graduated with a B.S degree in Agronomy at Universidade Estadual de Maringa (Umuarama, Brazil) in 2014. She got her M.S. in plant science and Ph.D. in genetics and plant breeding from Universidade Federal de Lavras (Lavras, Brazil) in 2016 and 2019, respectively.

In her spare time Beatriz enjoys traveling and spending time with friends. 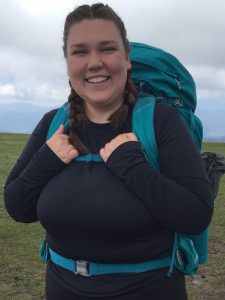 Sydney is originally from Waukee, Iowa. She received a BS in genetics from the University of Wisconsin- Madison in December 2017. Sydney joined the program in the summer of 2018 to pursue an M.S. degree.

In her spare time Sydney enjoys reading a good book in her hammock, cooking, and spending time with friends and family. 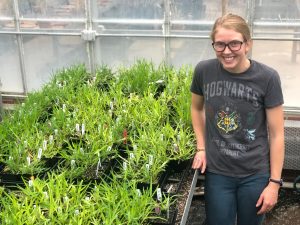 Greta hails from a farm outside Ada, Minnesota. She received her degree in plant science from the University of Minnesota-Twin Cities and joined our team in the summer of 2019 to pursue an M.S. degree in crop science.

Some of her hobbies include rock climbing, skiing, and experiencing the craft beer scene in North Carolina.

You may have noticed Green June beetle adults flying around the last week or so. GJB grubs are not always managed the same way as other white grubs in turf. So, if you have a late-season issue, you have a couple options for control.
https://ncturfbugs.wordpress.ncsu.edu/2022/06/30/green-june-beetles-are-flying/