St. Augustinegrass is a desirable turfgrass because of its shade tolerance and relatively low input requirements, but it has poor cold tolerance. Our goal is to increase this grass’ adaptability area by improving its cold tolerance. This project includes multiple aspects including QTL mapping, the use of freezing tests in the laboratory to elucidate the physiological aspects of cold tolerance and to develop better screening methodologies, and field evaluations in the mountains of North Carolina where higher elevations allow for better selection pressure. 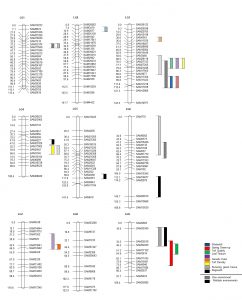 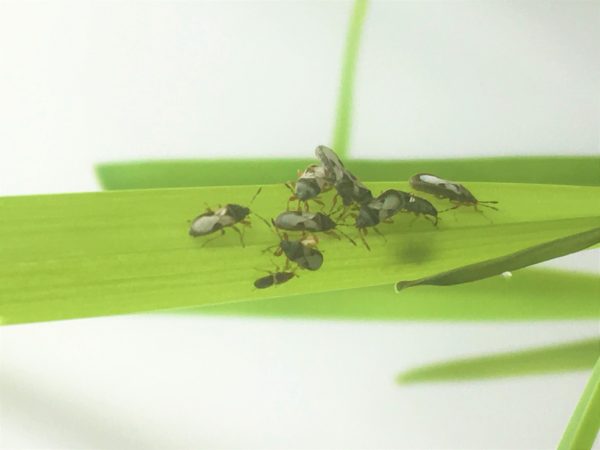 St. Augustinegrass is known to accumulate thatch, making it ideal for insect and disease problems. In the case of insects, the Southern chinch bug is the most economically important pest affecting St. Augustinegrass. We are currently focusing on mapping QTL associated with Southern chinch bug (SCB) resistance. We  identified germplasm with high levels of antibiosis as well as tolerance to this insect pest. Our goal is to identify genetic markers linked to SCB resistance, which will be used to increase the efficiency of crossing and breeding strategies to ultimately generate new St. Augustinegrass cultivars that will require less pesticide use. 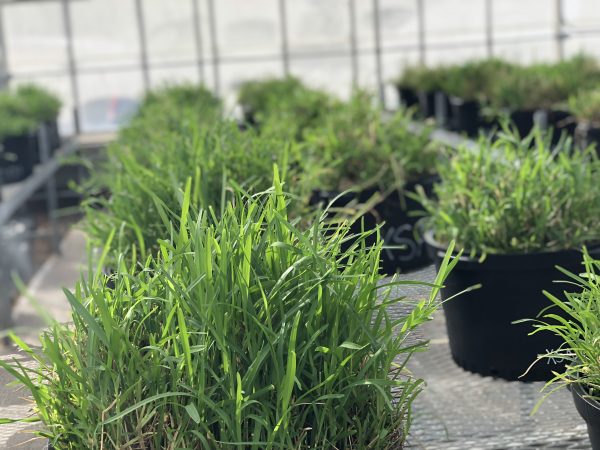 Polyploid genotypes of St. Augustinegrass are more resistant against several biotic stresses such as pests and pathogens (insects, nematodes, virus, and diseases). Exploitation of this variation has been slow due to the complications in crossing genotypes of different ploidy levels. With the use of colchicine, we have successfully developed stable artificial tetraploid lines from cultivar Raleigh. Currently, we are working on using these lines as bridge for crosses with polyploids of interest. Progenies form these lines will be planted in the field for further  evaluations.

In bermudagrass, crossing tetraploid genotypes with diploid genotypes to produce sterile triploid hybrids has been a common breeding methodology to ensure varietal purity in turf stands (as in sod production or golf courses).  Using this model in St. Augustinegrass is beneficial to both sod producers and turf managers who require purity for certification and uniformity for performance. We are working on the creation of triploid lines of St. Augustinegrass. Diploid St. Augustinegrass are used as female parents to be crossed with tetraploid lines of interest. Viable plants will be developed by using the embryo rescue technique. 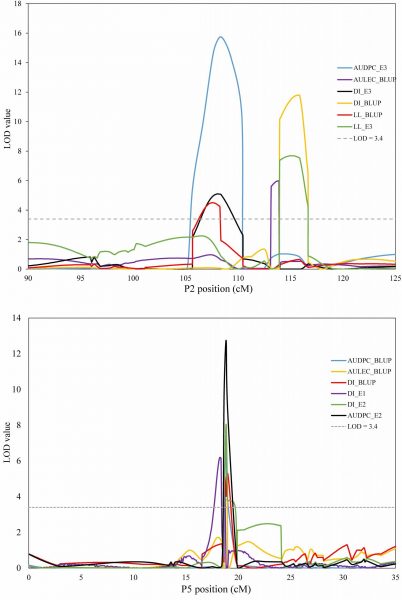 Genetic linkage maps of St. Augustinegrass have been constructed for quantitative trait loci (QTL) analysis of resistance to gray leaf spot using a total of 2768 SNP markers on a pseudo F2 population of 153 progeny. GLS resistance was evaluated under controlled environmental conditions in three independent runs with measurements of final disease incidence and lesion length. Additionally, two derived traits, area under the disease progress curve (AUDPC) and area under the lesion expansion curve (AULEC) were calculated for QTL analysis. A total of 20 putative QTL were identified confering GLS resistance related triats, explaning 7.6 – 37.2 % of phenotypic variation. The two major effect QTL glsp2.3 and glsp5.2 together can improve 20.2% of disease resistance. 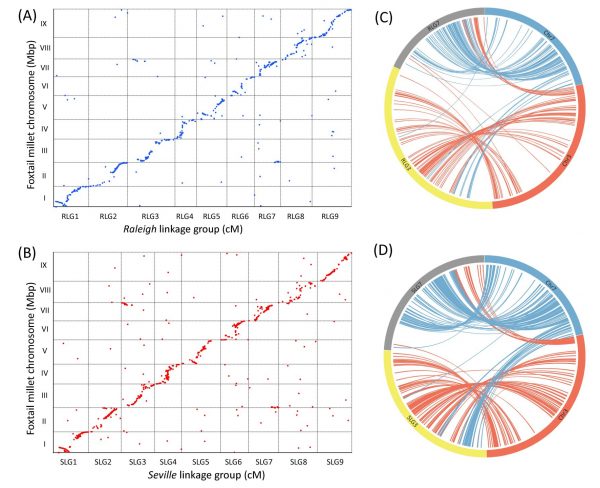 A new mapping population was developed from cross of two contrasting drought tolerance parents to validate putative QTL. This population will be evaluated for the same drought traits as before using a multiyear and multi-environment study. New high throughput phenotyping tools like UAV will be used to collect drought evaluation data. 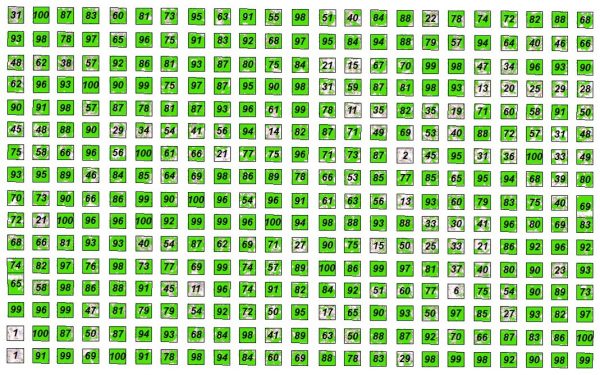 Many drought traits that our program has previously phenotyped on the ground have the potential to be more efficiently collected aerially using sensors and cameras mounted to UAVs. Traits including normalized difference vegetation index (NDVI), percent green cover, and canopy temperature can be measured with multispectral, RGB, and thermal cameras, respectively. These photos can then be processed to extract information on a plot-level basis. Several crops have successfully implemented such systems, but their use in turfgrass remains relatively unexplored. This project aims to compare phenotypic ratings from both the ground and air with the goal of helping the turfgrass breeding program transition from its current system of visual ratings to a more quantitative system with an image analysis pipeline. Evaluating turfgrass characteristics this way will help increase standardization across trials and years, making comparative analysis of breeding lines more reliable.